STEP ONE: Get naked.

STEP TWO: Stand in front of a big mirror

STEP THREE: Assess whether you are too fat, too thin, or in what I shall call 'The Goldilocks Zone' and you are 'just right' in terms of weight.

Ok so now it gets a little bit complicated as there are different versions of STEP FOUR depending on what the outcome of STEP THREE was.

If you're too fat: eat less food, and maybe try to do a bit more exercise.

If you're in The Goldilocks Zone: keep doing what you're doing.


Nearly forgot to include STEP FIVE: Put your clothes back on.


There we go. That's it. This was not that hard, was it? What people don't seem to get is that to have 'the perfect body' when you're a girl, all you need to do is not be fat, and not be too thin. And this can be entirely controlled by how much food you put down your throat. The exercise bit is kinda optional.


Let's now consider what exactly 'the perfect body' is for men. Here's a clue: 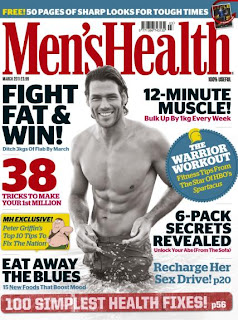 And just how, we must ask, did he end up looking like that? Loads and loads and loads of exercise. Look at that. How much time do you think he spends doing repetitive boring exercises? A great deal of time.


Now I do not mean to whine about my physique, but I am a long way away from looking like that guy. And this is acceptable for me. I don't like exercising enough to think that I will ever look like that. It's boring. It takes up loads of time you could be doing fun stuff. And it makes you achey. And it turns you into a nutritional weirdo, fussing over protein shakes and eating loads of chicken, instead of eating real food like a real person. Someone I know with a ridiculously gym-hot body tells me 'it's all about the protein', and in order for him to get enough protein to keep his abs in check he drinks more than four pints of skimmed milk a day. Admittedly he is pretty nice to stare at but the boy eats like a fucking freak.

The disparity between the amount of physical effort that is required to look like extremely hot for each gender is an example of how actually, come to think of it, there are a few advantages to being a girl.

And don't get me started on 'oh, we've got to wear makeup', cos first of all, you don't have to wear makeup, except maybe sometimes if you want to get really dressed up, but there are basically only three bits of makeup a girl ever needs:

And that is it. This should take five minutes absolutely tops, and if you're stressing out doing loads of other stupid shit like false eyelashes or foundation then fair enough if you want to, but don't expect any sympathy from me. Admittedly, boys are not ever expected to smear colourful stuff over our lips and eyes (admittedly some still choose to) but you know what? Putting on a bit of lipstick is not that tiring. It does not compare to doing a fuckload of press-ups.

And women who wanna do a fuckload of press-ups? Well good luck to you. You'll look like this: 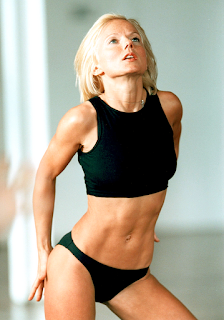 As a member of Team Homo I'm maybe not the best person to comment here, but if we compare the woman in the photo above to the one below, which looks more appealing? 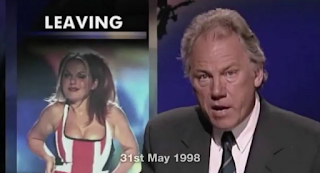 Women stressing out about their weight is the most boring subject ever, because at the end of the day if you're dissatisfied with how heavy you are then you do have the option to change it.And come to think of it, other things women fret about they can also get 'fixed' by a surgeon if they really want to.

I really think that women considering getting breast enlargements should first go to see a therapist about the fact that they want bigger boobs, because if you're dissatisfied with your body then it might have a lot more to do with your brain than it does your tits. But hey - if the therapist can't get you to 'love your body' as it is, then you can always go and get some silicon stuffed in them.

Compare this with things a bloke might worry about, such as if he was lacking in height, or if he had a really tiny penis. And when I say really tiny, I mean like the tiniest one you can imagine on an adult human. There is no cure for either of these. These blokes just have to grin and bear it, and get on with their lives. And actually, short guys have the added stigma of sometimes being told that their height has adversely impacted their personality and that they have 'Small Man Syndrome'. And nobody ever seems to call this out as something that's actually really unkind, in a way that a lot of people would were they to hear someone say another person had one of the following 'syndromes' that I've just made up:

So basically, quit bitching about how hard it is to be a girl. And if the magazines you read make you feel shit, stop buying the damn magazines. If your boyfriend makes you feel shit about your body, dump his ass. If the photos of models at Milan Fashion Week make you feel insecure because they're all a lot prettier than you, then get real. Get fucking real. They're models, it's their job to be prettier than you, if you were as pretty as them then you'd be on that catwalk as well, stupid.
Posted by T0m0akl3y at 17:07