Just got my results back for the second year of my degree. Ones that actually count towards my overall grade. And they weren't pretty. They were not pretty at all. My ex-boyfriend constantly taunts me that I'm going to leave university with a 2.2, and that I've squandered a golden opportunity of a place at Oxford. Right now a 2.2 looks pretty aspirational. Getting a second class degree of any sort is right now what my dreams are made of.

Luckily for me, my degree works in such a way that you're not allowed to leave after three years and get an actual engineering degree with a grade. No, if I leave after third year then what I'll get is an unclassified BA, with or without honours. God knows how exactly three years spent learning about fun subjects such as Fourier transforms or compressibility factors is to be considered a degree in 'art', but apparently it is. The plus side of this is that if I do manage to get honours of any sort I can at least hint that they might have been high honours, and not a third.

It has been reasonably obvious to me for quite some time that I don't have a huge amount of desire to become a professional engineer, but it's starting to look as though any sort of 'graduate job' in the traditional sense will be somewhat out of my reach. This is annoying because it's really messed up my plans to become super rich, or at least in say the top 5% of the population in terms of wealth.

Because of my laziness and stupidity, in a few years time there'll be a swanky shagpad somewhere in a nice part of London that's going to look a lot less swanky than it could do if I were in it, and I'll be in some miserable bedsit somewhere in the outskirts with  rising damp and small windows.

But all is not lost. Not yet. Plan A is to actually do a bit of work next year for my degree; a rough calculation I've just done now is that if I increase my work output by a factor of 17 then I might be able to come out with an almost half-decent mark. But of course I need some other ideas to fall back on, so I'm starting a list. This is by no means conclusive and will probably be slowly added to as time goes by.

High Class Rentboy
I'm basically the epitome of middle-class, and I'm not sure exactly how the world of expensive prostitution works but I think generally 'high class' means 'not a crack addict'. So I'm halfway there already. 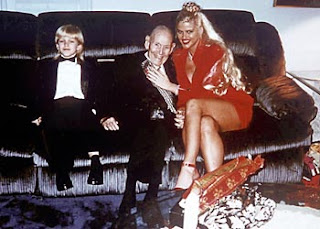 Reality TV Star
Let's face it, I'd be absolute gold on my own scripted show in which I pretend to live out my real life. And actually, this would probably be a good springboard for becoming the male equivalent of Anna Nicole Smith, so even if the show got cancelled I still might get my hands on some diamonds to wear, or at least a weekly column in Now magazine.

Professional GBF for Rich Ladies
All ladies want a GBF. This is a bit like me getting a sugar daddy but in this case I'll have a sugar mumma and my duties will mostly be keeping her entertained by going shoe-shopping with her.

Novelist
My plans to write a novel this summer haven't quite reached the point of actually thinking of a coherent idea for a plot or anything, but I have worked out a few anecdotes that have either happened to me or I've stolen off friends that are totally going in this book I'm going to write. Although actually this means the novel looks like it will read a bit like one of those pages of 'cringe' stories that they run in some magazines, where they ask you to send in stories of embarrassing shit that's happened to you.

Oprah
I want to be Oprah.

Trisha
Thinking about it, I'd rather be Trisha. Trisha Goddard is basically my favourite person of all time.
Lottery Winner
Sod it, I'm gonna start doing the National Lottery. This is worth a shot.

This is all I can think of for now. Do let me know if you have any ideas of your own, and if you know any gay billionaires then do send them my way. Seriously I need to find myself a billionaire.
Posted by T0m0akl3y at 21:28