"Feminists" at it again 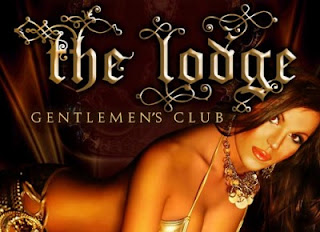 So, some women in Oxford are desperately fighting for gender equality via actively campaigning to put some other women out of a job. Because that's what feminism is, apparently.

Let's ignore the fact that the country is in a pretty shitty situation economically, that there are no jobs around and that just about everyone apart from the extremely wealthy is struggling financially, let's ignore that and try to put some women out of a job. Yeah. Let's do that. Why?

Because these women take off their clothes for a living. And we disapprove of this. And we know best, because we are feminists and we use words like 'patriarchy' all the time, because saying this word makes us look clever.

People claiming to be feminists who try to ruin the lives of sex workers need to reconsider their opinions. They are hypocrites.

Let's consider for a second the issue of abortion. Feminists have generally won the argument, that a woman should have the right to abort, regardless of the fact that some people disapprove of this. They can disapprove all they want but the woman whose pregnancy it is gets the final say.

Now let's consider a woman who wants to work in a lap-dancing club. No. No fucking way. You might want to work in a lap-dancing club, but we know best and we're going to do everything we can to get that place shut down. Why can't you do a nice job that we approve of huh? Dancing like that you're objectifying yourself and this is wrong and we know best and how dare you do that you slut.

This is nothing less than a puritanical crusade. These women think that they have the moral authority to tell consenting adults what they can or can't do for a living. They think to themselves "I wouldn't want to be a stripper" and use this as the basis for which they reason that all women who work as strippers must hate it, and need saving from themselves. They infer that making the decision to become a stripper cannot be the right one no matter what the circumstances. They say it is degrading, they make the dubious claim that strip clubs encourage men to become rapists, and they contribute to the culture of stigmatisation experienced by strippers and other sex workers.


What they don't do for one second is think about what they are doing to the lives of the women who work in these clubs. (Or for that matter the men who work there, not that this would matter very much to these "feminists" who are intent on waging all-out gender war). They hypothesise that every woman working as a stripper is 'vulnerable', that she was abused as a child or stuck in an abusive relationship, that she's desperate for money, that she's addicted to drugs.


Now I'm not a stripper (apart from this one time, but that's a story for a later date) and I can't claim to speak on behalf of strippers, but there are a number of very obvious reasons why working in a lap-dancing club might be preferable to another job. It's probably better paid than other jobs on offer, it might allow them to care for their children during the day, some women might even actually enjoy it.


But rather than listen to these women, and respect that they are just as capable of making informed decisions as any other adult, the feminists appeal instead to nimbyism.

Look at this ridiculous survey they've made, which they want to present to the council.

Do you feel it is appropriate or inappropriate to site a lap dancing club within sightline of or within 500m of the following places?
Nursery/school
College with students under 18
College with classes in the evening
Church
Public car park
Leisure facility (e.g. swimming pool)
Doctors/dentist surgery


And there was silly old me thinking "Won't somebody please think of the children?" was a tactic used only by the religious right. Oh and God forbid there be a lewd establishment half a kilometre away from a church. Have we no shame? And near the doctors. Think of all the old ladies who die every year because they can't face the embarrassment of walking past a strip club to go get a flu jab. And just think, the obesity crisis in this country could be solved in no time at all if there were no strip clubs putting people off going swimming.

Would a nearby lap dancing club put you off using such facilities (assuming you had a choice of a differently located facility)?


Now that you mention it, I might stop playing ice hockey at the Oxford ice rink, what with the fact there's a strip club next door. Birmingham University has an ice hockey team and it's only an hour away on the train, and I'm sure they'd let me join their team if I explain the circumstances.
Most laughable though is the final question:

Should Oxford have a lap-dancing venue?


I mean how in God's name are you supposed to answer this? You're given the options of No, Yes, or Undecided/Other. I am curious, how many people would say 'Yes' to this question? Other than people who actually go lap-dancing clubs on a regular basis. I know I've just expended over 800 words arguing in favour of having a laissez-faire attitude to this sort of thing, but supposing Oxford didn't have a strip club then I'm not sure how much work I'd be putting in to banging on about how it's time there was a venue catering for those of us who want to gawp at naked women. Should Oxford have a lap-dancing venue? Not particularly. But that doesn't mean it shouldn't.

Anyway: if you sort of agree with me then I'd like to encourage you to let the "feminists" (Or as I like to think of them, "'Put your clothes back on you filthy whore' feminists") know via filling out their survey. Obviously if you disagree with me then fill out their stupid survey anyway as it's not as if anyone's going to take it at all seriously as a genuinely unbiased bit of research.