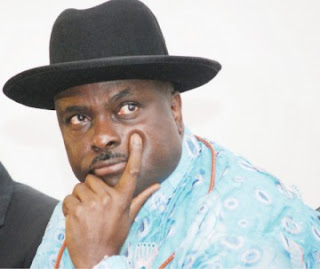 Someone got upset that a female member of the LGBTQSoc page wrote something along the lines of 'let's have more girls turning up at events!'  - This was deemed offensive by some people, because she should have said 'women'. As if what was discouraging women from going to the events was they were all really upset about being called 'girls'.

I shit you not.

There's a really bizarre tendency some people have where they think that having an incredibly thin skin is somehow virtuous, and if they make a big song and dance about any minor infraction of what they consider to be politically correct then that somehow makes the world a better place. But here's the thing: they are wrong.

You've got to question their motives. Why must they be so boring? There is so much joy to be had in life. Yesterday I saw a crow pecking away at a Dairy Milk wrapper before carrying it off to its nest on the roof of a train station. A baby waved at me on a train. I waved back. Then the baby's sister, who was maybe two or three years old, waved at me. And then my mum picked me up from the train station and timed it so that I was waiting at the station for less than 30 seconds. These are a few tiny examples of good things in life that we can all be grateful for.

Here are a few bad things in life:

Someone casually referring to female students as 'girls'

WAIT A MINUTE - That last one. Isn't really a big deal. Now, I'm not going to go along the derailment tactic of 'it isn't that much of a big deal so you should get over it' - nope. I'm going to explain why it is not any kind of deal.

When has anyone ever heard an undergraduate (of either gender) refer to one of their peers (of either gender) as a 'man' or a 'woman'? I'm sure it happens every now and then, but the answer is 'very rarely'. I, and just about everyone I know, would say 'some boy I know' or 'some girl I know'. It's a question of formality. Later in this post I delve into a slightly more serious tone and do use the word 'woman', but it's all about context. Making a massive hoo-ha just makes you look like you take yourself far too seriously. You sound like child who insists they're eight 'and a half' years old.

I'll refer to one of the comments I got about this post I wrote last week.

But is it really that feminist to kick up a fuss because another woman has written something you don't think is politically correct enough? Being a boy - or maybe I should write man at this point, I'm kinda confused - I don't have the right to decide what women collectively should or shouldn't find offensive. But women don't share one collective brain, and they won't all agree on what is isn't offensive.

This post isn't very well-written but I'm going to fail my degree if I devote as much time as I to making my thoughts clear. I'll refer you to the wise words of Latrice Royale: Five Gs, please.

Good God girl, get a grip.

Oh and one last thing before I forget (seeing as these are kinda linked in theme): in response to that other post of mine someone threw down the gauntlet over Facebook and she made a good point I think.


I think while we're all taught that making fun of women can be funny, and indeed women themselves are taught to self-effacingly laugh at their 'silliness', and dismiss their discomfort with particular social situations as merely an over-reaction, the reason feminists bristle at this is that this kind of humour doesn't permit the questioning of social norms and stereotypes. It's sexist because it allows the woman no space to explain herself, indeed it's 'laughing at' rather than 'laughing with' and brushes under the carpet someone's discomfort with a situation without allowing any examination of why they feel this. It's possible to have a lot of fun and have a great sense of humour while still being PC, and as people who have the benefit of a great education, among other things, I think we should try.

I'll really briefly say that though I did make a joke about women I don't think this was really about trying to belittle them - it was as much about women being a different species to men and men's inability to understand women as it was a 'LOL women'-type joke. This is an issue I intend to respond to in a bit more detail at some point but I really should get on with some revision now. Ciao.
Posted by T0m0akl3y at 13:25

Email ThisBlogThis!Share to TwitterShare to FacebookShare to Pinterest
Labels: politics