Sometimes I like to watch things on Youtube and then click the suggested videos and see where I end up. A while ago I thought I'd watch Martin Bashir interviewing Princess Diana (the famous one where she says there were three people in the marriage) and eventually got to the following - Princess Diana in South Korea.


It shows Princess Diana looking sad and bored at a banquet, while a bit of new age chinese-sounding music plays in the background. As one commenter puts it, "This is hard to watch... So﻿ much sadness and pain behind her eyes, yet it takes nothing away from her beauty... I hope she realized that Charles never deserved her... What an amazing and angelic woman. We love you Diana RIP."

But life isn't all tragic fairytales gone wrong and staring into the middle distance, and neither is the internet. And one thing there are lots of on the internet (other than pornography) is old music videos by people you've never heard of. And there is lots of fun to be had by finding yourself a new favourite pop starlet to diva worship. 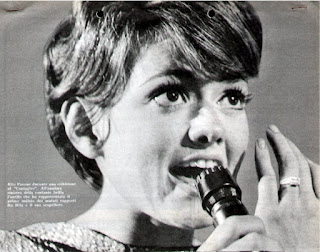 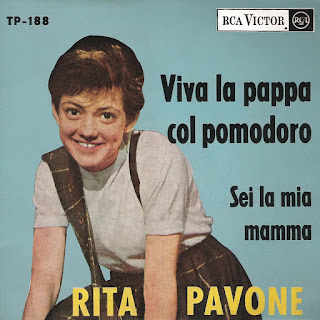 I don't know much in the way of Italian so have no idea what this song is about, but my oh my it is a cool song.


Rita was part of the "yé-yé" style of pop music, which originally started in France. Young-looking girls singing songs with innocent lyrics (or occasionally really overt double entendres which the singers were too naïve to understand.) The songs were often about love, but included themes such as whatever this song is supposed to be about.

I am really unsure as to what that song means. 'Long live the father colonel pomodoro' is my best guess. She looks sort of like she's dressed up in a military outfit but it sounds pretty light and cheerful.

A slightly more emotive one here, called 'Heart' in Italian. It's about suffering from being in love.

I think you get the idea by now, but I can't resist posting one more cos this one's also a gem.


As well as being a singer, she appeared in several films. Little Rita of the West, a spaghetti western musical extravaganza, which in retrospect now looks a bit racist as the native americans are clearly white people wearing face paint.


Still, everyone loves a musical. She also appeared in La Feldmarescialla, which I'm guessing is Italian for The Field-marshal. It's hard to tell exactly what this film is about as I can't find a synopsis of the film in English, but it appears to be a hilarious comedy musical about the nazis. Ho ho ho.

She became a star in America as well, recording in English and duetting with with Barbra Streisand, Diana Ross, Tom Jones and Ella Fitzgerald. Oh and Whitney Houston, and Frank Sinatra. And Cher.

She also had a really annoying novelty song called 'My Name is Potato', which featured an angry cartoon potato who gets annoyed when she calls him a 'patata'.


I have no idea what they were thinking when they made this but I would love to know.

To finish, here's a really 80s new romantic cover of Rita's 1965 hit Il Geghegè.  If anyone can speak Italian and is able to tell me what a geghegè is then please do get in touch.