The video starts with a man in a bed and a woman sat on a chair reading a magazine. I don't know what they're saying as it's in Russian, but it goes on to show a simulated rape scene. It's unpleasant throughout, but the acting is in no way convincing.

The video has over a thousand views and a 99% positive rating. 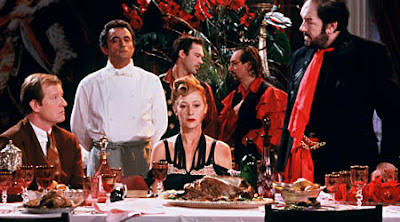 I found it horrible to watch, and I didn't watch the whole thing. But in much the same way I found a particular scene from The Cook, The Thief, His Wife and Her Lover quite a traumatic experience. (The scene I'm referring to is one in which a character is force-fed the pages of a book by pushing them down his throat with a wooden spoon.) Both scenes were clearly performed by actors, but knowing this doesn't change the visceral reactions we can feel when confronted with certain images. 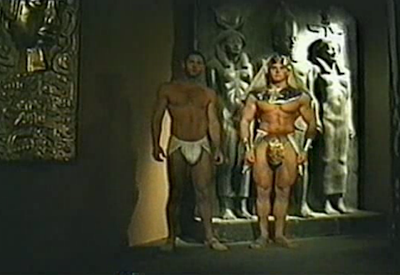 Enthusiastic consent should be an important thing when it comes to your actual sex life, but trying to apply the same standards to a scene where actors are playing characters doesn't make sense. To use an example from something I did actually choose to watch - what about this Ancient Egypt themed scene, in which the pharaoh chooses a new slave to be his concubine. Is it irrelevant that the concubines look pretty happy with this arrangement? If they're just slaves how can this be a free choice entered into willingly?

But all of this seems a bit meaningless when you consider the fact that the actual location they're filming in is probably a studio in California and the year, judging from the quality of the film, is probably some point in the 1980s. Or 70s.

A man whose life was ruined when he was charged with child sex offences after looking at legal gay pornography in a hotel room has accused the police and Crown Prosecution Service of a “homophobic witch-hunt” after his case was finally thrown out. The defendant endured a “two-year nightmare” after being arrested in front of his family, charged with 10 offences almost a year later and repeatedly bailed, before every charge was dropped. If convicted he would have faced jail and been forced to sign the sex offenders’ register. His father died while he was awaiting trial.
The CPS, which spent tens of thousands of pounds of taxpayers’ money pursuing the case, offered no evidence in court – in effect conceding there was no case to answer. His lawyers say they gave the CPS conclusive documentary evidence three months ago that all models featured in the pornography were of legal age.


And this wasn't the first time either. As his lawyer, Myles Jackman, wrote:

It would be overly simplistic to blame their attitude on social conservatism, but there are authoritarian voices on the left pushing for censorship as well. It's a "feminist issue", it's about "equality".

(By the way, this is from quite a long article that discusses a few things in depth and I'd highly recommend reading it all.)